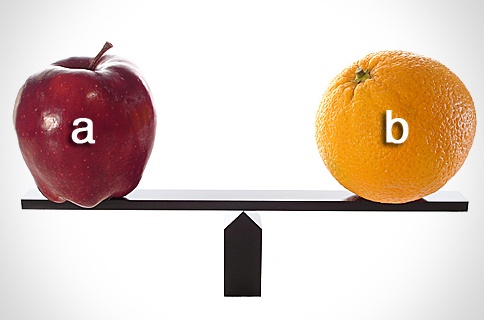 Here you will find outbound calling best practices. I’m a little OCD (my wife says I’m very OCD), so I love the ability to control the variables when testing new tactics. In every test you need to have a control group and objective measurement system. This way when you run the A/B test you know if A works better, B works better, or it’s inconclusive. You must NEVER say ‘I think this works’ or ‘I feel like’ or ‘I don’t like that email.’ With data you know what works and what doesn’t work. My friend Fred Shilmover at InsightSquared has mastered this. Check out their content.

A few months ago I hired my friend Conor Lee, CEO of HipLead to experiment with some outbound lead generation methods over email. Conor’s firm uses sales development email automation software for doing outbound prospecting the Aaron Ross Predictable Revenue way – batches of semi-automated messages – credit Sean Kester at SalesLoft for that line. Conor took over my email account to send email blasts in small quantities that don’t feel like email blasts to the recipients.

So if you received a series of relatively bland emails from me in May, June or July, 2015 please realize this was all done in the name of science!

Here are the three A/B tests we ran:

First, Conor and I got into an arm wrestling match over the copy to use in these generic emails. Frankly I thought his sucked. People, this is why you test and measure! Have a look. My interested rate was 0.78%. My ‘genius’ copy got an abysmal 0.78% response rate. The takeaway: don’t ever hire me to write generic email copy for you. I’m horrible at it. His performed better at a modest 5%.

The lesson – when you start saying ‘I think I like this email better’ you need to stop and test. No opinion allowed. Only data.

Here’s where the story gets really weird (or fascinating or game changing or validating) depending on your point-of-view. Once Conor and I established Sequence A as the ‘baseline’ copy for the rest of the test, he sent out 2,181 emails using that copy. The replied percentage and interested percentage were similar to the first small batch.

And the results of this were nothing short of astounding.

Simply by mentioning the second degree connection(s), the emails in test group B generated a 289% higher reply rate and a mind-blowing 568% higher interested rate that test group A. And remember all of these emails were sent automatically by software. I did not send any of them even though they all left my personal inbox.

The Social Selling Mafia including such luminaries as Jill Konrath, Jamie Shanks, Tony Hughes, Mike Kunkle, and Jill Rowley are high fiving each other as they read this. Through this experiment I have empirically proven that social selling works.

More importantly to the mission of Funnel Clarity (solving the top of the sales funnel through science), I have also proven (once again) that 3x3 Research works. Second degree connections are simply one form of 3x3 Research. See this webinar on The Science of Using LinkedIn for Cold Calling for others.

I’ve shared this story with seven heads of sales development at high profile fast growing companies. All of them asked the same question, “Can you please show us the emails?” Here you go. Before you poke holes in these messages I remind you that they converted at a staggering 25%. People, these are really lousy stone cold emails that converted at 25%. I don’t care what you think. I don’t care how you feel. This worked. PERIOD.

As a bonus you get the response. Every one of these emails was sent automatically. Not a one was personally written. You don’t tell a computer that you just married off your daughter. You just don’t. Yet that’s exactly what happened here. My boy Conor Lee at HipLead passed something known as the Turing test – a test of a machine’s ability to exhibit intelligent behavior equivalent to, or indistinguishable from, that of a human.

Your Next Steps For Outbound Lead Generation

1. If your LinkedIn profile is currently set so that people can’t see if you have viewed their profile, change it immediately.

2. Get in the habit of looking at the LinkedIn profile of the person you are pursuing for a meeting every. single. time.  It is the easiest way to improve your conversion rates on outbound lead generation/prospecting efforts.

3. Every single time that you see a shared connection on LinkedIn, use it in the subject line of the email and mention it again in the body of the email. You might be thinking, “But Steve, I barely know lots of the people I’m connected to on LinkedIn.” SO WHAT.  You are trying to improve your overall batting average. Along the way I got some confused replies from people who did not know the second degree connection. Funnel Clarity's outstanding Director of Inside Sales, Jeff Hendricks, was able to parlay many of those into meetings.  The fact that you or the prospect may or may not know the second degree connection is irrelevant. Use the common connection. You can’t argue with the data.

4. If you have the modest investment and you are a true sales geek like me, reach out to Conor Lee and his excellent team at HipLead.  You will learn a lot and get ROI.

Want more great prospecting tips? Check out our comprehensive sales prospecting guide, based on our analysis of 100,000 calls.

*Note: this blog post was originally published in Jan 2015 and has been updated for accuracy and relevance.