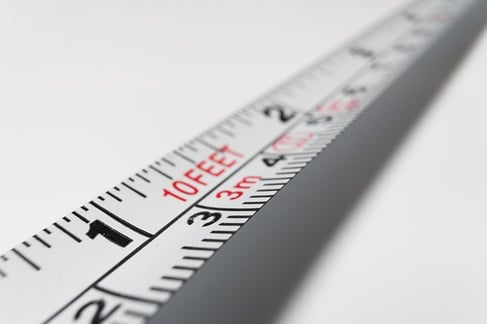 In this second installment on Making Sales Training Programs Stick, we will explore the concept “Activity vs. Productivity - Knowing what to measure.”

Recently, I was facilitating a training session where a sales manager shared a story about riding with one of his reps. They were getting ready to call a client when the manager asked the salesperson a few questions about the progress she had made with this particular opportunity. She shared with the manager the four calls that she had made on the client over the past couple of months, what was discussed, where she thought this opportunity was in her funnel, and other details. The manager stopped the salesperson and asked her to describe the specifics around the calls in a bit more detail. A few moments later, the manager shared with the salesperson that she hadn’t made four calls on this client, but had made the same call four times.

Defining Funnel Stages
While it’s easy to track activity in a particular account, territory, or funnel, tracking productivity is a bit more difficult. Yet it is infinitely more important in seeing an opportunity through to a close. Client meetings need to have specific outcomes, from both the salesperson’s perspective and the client’s perspective. In other words, meeting for the sake of logging a call is not only time consuming, but arguably a waste of time. How many managers/leaders still set goals for their reps that they have to make a minimum number of calls daily or weekly?

Determine Next Steps
Moving opportunities through the funnel isn’t as simple as meeting with a client, asking questions to understand needs, presenting solutions, and making commitments to the client. All the training that focuses on having better meetings/conversations isn’t going to amount to anything without actionable next steps that can be documented and then coached to by the manager/leader.

How many times have you done a funnel review with your salespeople, only to find opportunities “stuck” in a particular stage, with the salesperson promising that the opportunity is going to “close any day now?” Why does this happen? Are we setting up this phenomenon by the way we are managing? A funnel with well-defined stages is just the beginning. Spelling out specific gates or steps that must be taken – by both the salesperson and the client – is critical to moving the sale forward, and to seeing true productivity from the activity in which our salespeople engage.

Shifting the focus from Activity to Productivity:

Next time…. When is the right time to get involved…and the pitfalls of taking over.