The One Thing: Improve Sales Performance by 100% in 120 Days or Less 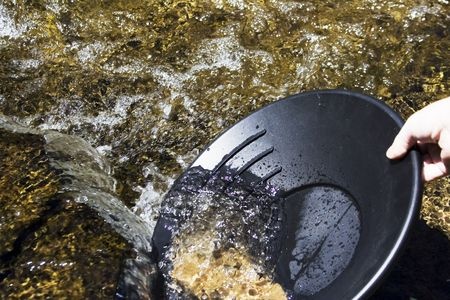 Did you know that generating 100% improvement in sales performance can be achieved by almost any sales organization and it can be achieved within a 120-day period?  Sounds impossible doesn’t it?  Would you be surprised to know that most organizations spend considerable amounts of money and effort trying to improve sales performance, only to be frustrated at how little the needle actually moves?

I would be willing to bet that your answer to the first question included a skeptical shrug.  You would be unusual if your answer to the second question was anything other than “sales training never meets expectations.”  However, there are empirical data proving a 100% improvement is possible if training focuses on the most neglected area of sales performance: prospecting.

Every year, several billions dollars are invested by American businesses in an effort to improve sales performance through training.  There are several major reasons why this training so often fails to produce the expected outcome, most of which are well-documented.  Perhaps the biggest point of failure, however, never gets mentioned: unless there are adequate qualified opportunities regularly added to the top of the sales funnel, there will be no significant improvement in sales performance no matter how good the training initiative may be.  Further, if a sales team has been given good training, there is no greater accelerant of performance than to increase the number of qualified opportunities entering the funnel.

Ever heard the trope, “cold calling is dead?” Or “prospecting doesn’t work,” “lead-gen is marketing’s job,” etc?  Well, our field research proves the contrary.  We agree that bad prospecting never really did work.  And, yes, these days it’s much more difficult to get in touch with people.  But when done well, nothing will accelerate sales performance faster than focusing on getting real opportunities into the funnel.

Funnel Clarity studied more than 100,000 actual prospecting calls made on behalf of more than 100 companies.  These were calls made by real sales people on real decision-makers.  From those data we were able to determine two things:

Ask yourself these questions: 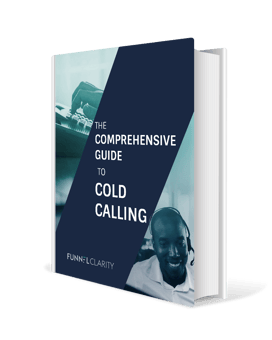 The Comprehensive Guide to Cold Calling